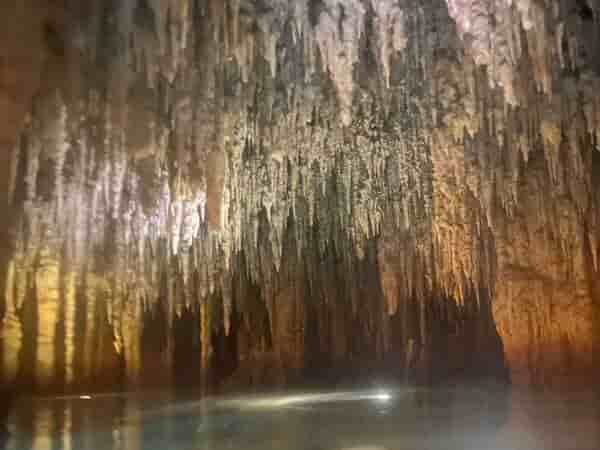 LAS VEGAS – An 81-year old woman, Purificacion Velasco, was hit and killed on the spot at 4:41 AM on Sunday, 28th March morning as she was trying to cross the intersection at the Silverado Ranch Boulevard. The car that hit her, a 1997 Acura Integra, was approaching the green light and being driven by Maria Bragg, 23.

On arriving at the scene, the police found that Ms. Bragg appeared to be impaired under the influence of alcohol or a drug. She was promptly arrested on suspicion of driving under influence (DUI). An open alcoholic container was also found in her vehicle; which is a misdemeanor in Las Vegas.

Ms. Velasco had crossed most of the Boulevard’s lanes when she was struck by the Acura. The police did not mention whether she was using a marked crosswalk or not. Medical personnel responding to the accident report pronounced her dead on the scene.

Also Read: How to Achieve Full Justice for Cases Involving a Pedestrian Death

Her unfortunate death marks the 25th fatality in 2021 for the LVMPD’s jurisdiction. Although the coroner has not released the exact details on the manner of death, Ms. Bragg is facing felony and misdemeanor counts stemming from the event.

LAS VEGAS – Three people died on the spot in a head-on collision that occurred on Saturday 27th March on the U.S. 95. According to the accident report filed by the Nevada Highway Patrol, the crash occurred at the junction where Beatty and Scotty’s meet, at 4 PM.

The ages, names and hometowns of the casualties were not immediately released by the police.

However, the accident scene crash photos were made available on Twitter, with one vehicle seen to have rolled and flipped over to the side of the road, while the pickup truck had extensive front-end damage.

Also Read: How to Get Full Justice in an Event of a Deadly Car Crash

In the immediate aftermath of the accident, the road had to be closed in both directions for several hours into the night. The crash took place about 2 hours away from the Las Vegas Valley, in the Northwest – and commuters heading into Death Valley were adversely affected.

Twitter users who regularly use the road reported that the road is usually tight and sometimes hard to navigate. This may have contributed to the accident, although the immediate cause was neither established nor clear.

Las Vegas, Nevada – 47-year-old Ricardo Abrego has been identified by the Clark County Coroner’s Office as the motorcyclist who was killed in a collision on U.S. 95 in Nevada on Monday morning.

According to a Nevada Highway Patrol report, a motorcycle was traveling on the highway near the Eastern Avenue exit when it was struck from behind by a Nissan sedan traveling in the same direction.

Abrego and his passenger were ejected from the motorcycle. He suffered multiple blunt injuries to the head and the neck region, as well as the extremities.

The police said Abrego, a resident of Nevada, succumbed to his injuries at the scene of the accident. The unidentified passenger was transported to the hospital with unspecified injuries.

The driver stayed at the scene and cooperated with the investigation.

One Dead in Crash Caused by Suspected DUI Driver

Las Vegas – A man suspected of driving while intoxicated has been arrested after being involved in a hit and run crash that killed a 60-year-old cyclist in the Southwest Valley.

The Las Vegas police said the incident happened at Tropicana Avenue and Tenaya Way at about 6:30 PM on March 6th.

The 60-year-old cyclist was riding westbound on Tropicana when a 2011 Dodge Challenger was traveling behind him. The front of the Challenger struck the rear of the bicycle, knocking the rider onto the sidewalk.

He suffered severe injuries and had to be rushed to the University Medical Center where he succumbed to his injuries.

The police said that the driver involved quickly fled the scene. However, witnesses followed the car and gave police the license plate.

Officers identified the registered owner’s address and located the car that belonged to 34-year old Tyrell Smith. Mr. Smith, during the arrest, showed signs of intoxication and was arrested on suspicion of driving under the influence of alcohol or a drug.

He was arrested booked into the Clark County Detention Center on charges of DUI, causing death and fleeing the scene of an accident resulting in death or injury.

At Least 13 Killed in Tragic Crash near US-Mexico Border

At least 13 people were killed in a semi truck crash that left more than a dozen others injured on Tuesday morning in Imperial County, near the California-Mexico border, according to the California Highway Patrol Border Division.

The SUV that was struck came through a border fence.

The tragic collision was reported at about 6:15 a.m. PT, in the area of State Route 115 and Norrish Road, about 15 miles from the border.

An overloaded Ford Expedition was headed west on Norrish when it was struck by a gravel truck that was traveling north on Route 115.

“At this point, it’s unknown whether or not the Expedition stopped at the stop sign, but it did enter the intersection in front of the big rig,” CHP’s Border Division chief said.

The authorities have established that the SUV was carrying 25 people, including the driver, at the time of the accident.

The CHP said at least 13 people were killed in the semi truck crash. Twelve died at the scene, while another succumbed to injuries at a local hospital.

The deceased were men and women between the ages of 15 to 53.

The Mexican Consulate in Calexico, California, has confirmed that ten of the dead were Mexican nationals. The nationalities of the other three, however, were not immediately established.

The coroner’s office was yet to identify the victims and notify their next of kin.

The truck driver and several other occupants of the SUV were injured in the accident and were transported to the hospital in unknown condition.

The National Transportation Safety Board is investigating the circumstances of the deadly semi truck crash.

Los Angeles, California – America’s pro-golfer Tiger Woods is recuperating after he was seriously injured in a single-vehicle crash at a neighborhood in downtown Los Angeles last week Tuesday, his agent said.

The crash happened on a downhill stretch of Hawthorne Boulevard near the border of Rancho Palos Verdes and Rolling Hills Estates at about 7:15 PM PST, February 23.

45-year-old Woods was driving his Genesis GV80 in Rancho Palos Verdes when he crashed into a street center median. Los Angeles County officials said the impact caused the vehicle to roll over several times, landing several hundred feet away from the roadway.

The golfer had to be extricated from the wreckage before being taken to Harbor-UCLA Medical Center in a serious but stable condition.

According to a statement released via Mr. Wood’s Twitter account, the 15-time major champion underwent a lengthy surgical procedure on his lower right leg and ankle and is currently recovering.

Tiger Woods had visited the area for a PGA Tour event held at the Riviera Country Club, where he hosted and presented a trophy.

Also read: In the event of a motor vehicle accident, call an accident injury lawyer

The police did not immediately establish how fast the mid-size SUV was traveling at the time of the collision. The vehicle sustained major damage in the crash.

The fire department also arrived at the scene shortly after the accident and found Mr. Woods, who was wearing a seatbelt, conscious and responsive inside the vehicle.

He was pulled out of the vehicle and rushed to the area hospital for treatment.

Tiger Woods does not remember driving.

The LA County Sheriff has executed a search warrant for the black box of Tiger Wood’s vehicle.

Las Vegas Woman Arrested after Running Over Boyfriend with Minivan

Las Vegas, Nevada – A 27-year-old woman was arrested and charged with intentionally running over her boyfriend at a gas station in Nevada, last week Thursday.

Las Vegas police said the incident happened in the area of Las Vegas Boulevard South at Warm Springs Road, at about 3 p.m. on February 25.

Kelsey Lynn Levy is alleged to have run over the man following a dispute over a cellphone. The police who arrived at the scene found the injured man down on the ground, with a head injury and a broken leg.

Witnesses at the scene told the police the woman, who was in a Ford Freestar minivan, intentionally run over her boyfriend before she exited the vehicle and rummaged through the victim’s pockets.

Also read: Get Legal Help for Injuries Sustained from a Drunk Driver.

Although Levy told the police that the incident was an accident, she was arrested and charged with attempted murder using a deadly weapon. The incident was also captured on video surveillance.

The authorities established that the woman was on probation for conspiracy to violate the Uniform Controlled Substances Act at the time of the incident.

6 Killed, Dozens Injured in 130-Vehicle Pileup on I-35 Freeway in Fort Worth

Fort Worth, Texas – At least six people were killed and several others were injured in a chain-reaction collision involving more than 130 vehicles last month in Fort Worth, Texas.

The authorities said the pileup happened along Interstate-35W at around 6:30 a.m. February 11. The collision is believed to have been caused by overnight rains and sleet that left the roadways wet and slick.

The authorities confirmed that six people were killed in the crash. The identities of the deceased, however, were not publicly disclosed.

Several other people were trapped in the wreckage and required extrication. 35 people were transported to area hospitals and trauma centers for treatment. At least 65 others sought treatment on their own.

Among those injured in the pileup were three police officers on their way to work and another officer responding to the incident.

The Fort Worth Fire Department said the first responders had difficulty getting to the vehicles due to the slippery roadways and the huge pileup blocking the freeway.

The authorities anticipated the closure of the freeway for several hours and motorists were urged to avoid the area. Those intending to pick up their loved ones were advised to go to the Riverside Community Center at 3700 East Belknap.

The police urged anyone with information about the crash to contact them at 817.392.4222

An investigation into the incident is still ongoing.

GET YOUR FREE CASE EVALUATION TODAY

We will get back to you as soon as we can and remember, no fee until we win.